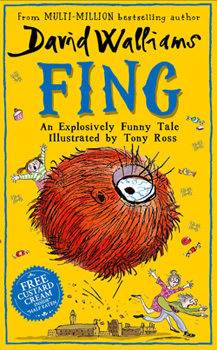 Is your child a little monster? Although no parent would readily admit to such a fact, secretly many would agree that their “beautiful bunnikins”, “dearest darling” or “fluffy kitten” are horrible, ungrateful little monsters with real bad manners!

Fing by David Walliams is a hilarious tall story that serves as warning to both parents and children alike – it pictures how horrid kids can get when they’re spoiled rotten, and how hopeless a situation becomes for parents who for some or another reason mistakenly think giving their children everything they want will either buy their love or cause them any good…

Mr and Mrs Meek were both quiet and soft-spoken. They were both librarians, and that’s also where they met – at the library. Their lives were simple and peaceful and quiet and full of love, until the arrival of their baby girl – a child who was never satisfied with what she had, but always wanted more!

All through her nasty noughts, outrageous ones, terrible twos, tumultuous threes, fearsome fours, frightful fives, sickening sixes, spiteful sevens, and egregious eights up to her noisy nines, she just demanded more and more and MORE! And, as it is with spoilt children, the way she treated others, especially her parents, reflected her attitude.

Being peace-loving people, and loving parents who only wished to give their little one the world, Myrtle’s parents set off to extremes to fulfil her every wish. Birthdays were no easier – what do you give someone who already had everything? What could she possibly want if she already possessed the most exotic items – at least one for each letter of the alphabet? Myrtle resolved the issue as she announced that she wanted a Fing, even though she herself didn’t know what it actually was, and sent her parents on their way to find one.

Starting at the forbidden vaults of the library, this took Mr and Mrs Meek on an incredible, eye-opening journey to find what a Fing was and to bring one to their daughter, despite the warning to “Never ever keep a Fing in your house, they are the world’s worst pets”. Myrtle demanded one, so Myrtle would get one.

Her father set off to the “deepest darkest jungliest jungle”, and encountered the most interesting creatures, including the wong-wing bird, honkopotamus, mingo, pludge, bungbung, purplephant and helephant. He faced all the dangers in the jungle to find and capture a Fing, and barely escaped with his life, just to return home months later and find that Myrtle already had one!

The story justifies a few shakes of the head, and the reader might feel the build-up of frustration at this impossible child, but justice is served when Myrtle finds herself where monster children belong – in the deepest, darkest, jungliest jungle!

It is a fun, quick, easy read with lots of fun onomatopoeia, in perfect David Walliams style – great for reluctant readers who, like Myrtle, might think books are boring and detestable! 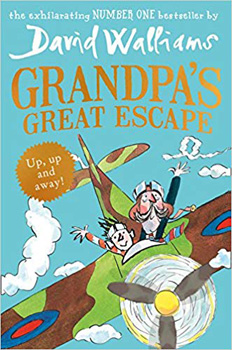